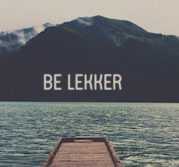 A Local’s Guide to Cape Town 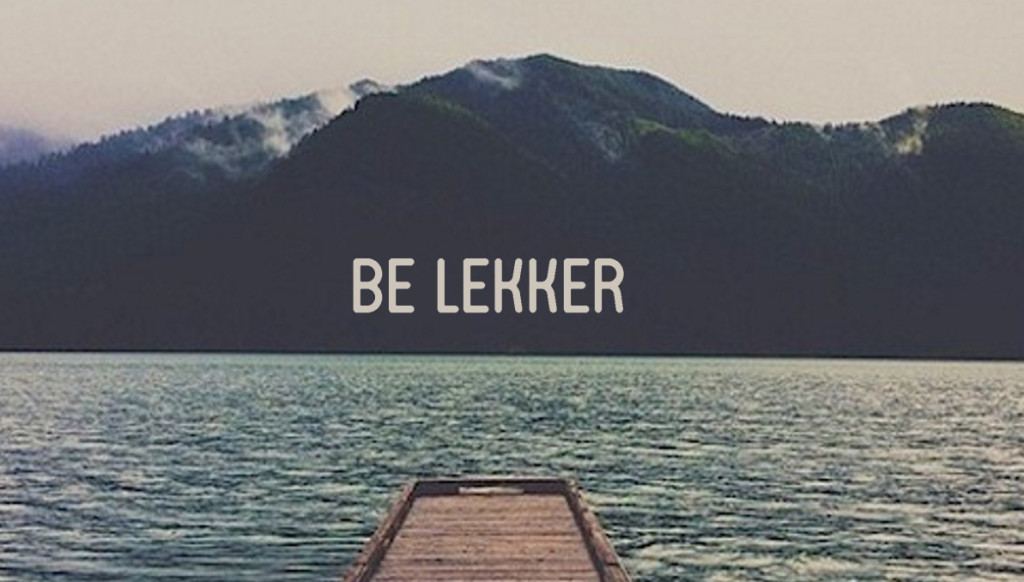 South Africa has a unique set of slang words and colloquialisms that are derived from our beautiful countries record-setting 11 official languages. Cape Town city comes alive through it’s local people and traditional phrases have become the norm across all nationalities living in our beautiful country. These interesting words and phrases are a reflection of the many cultures and who have come together to form our rainbow nation. It can be hard for visitors to keep up with us at times, so we have put together a guide to show you the ropes and give you an edge among tourists.

Navigate your way through Cape Town like a pro by keeping up with some of our most regularly used slang words. Cape Town is very cultural and unique, where past generations have left their influence and new generations keep things funky and upbeat. 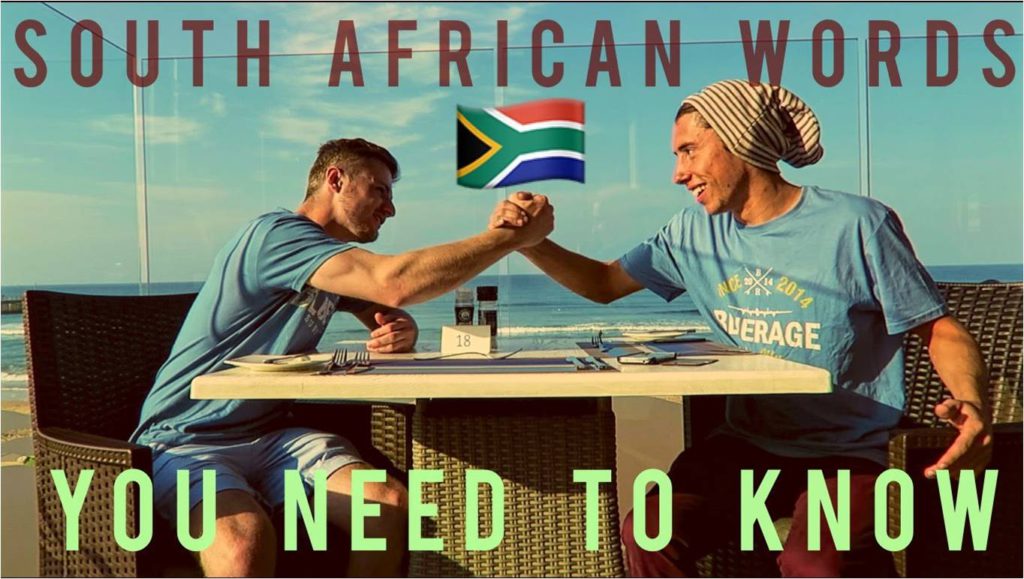 Here are a few South African words and phrases you need to know:

Lekker [lek-uh] – This is usually proclaimed in excitement and means good, great or delicious. The phrase “local is Lekker” says it all. Example: “That was a Lekker lunch, I’m so glad I ordered fish!”

Just now – If you are in a rush and local replies with “just now”, it is best to get comfortable and not expect anything to happen soon. “Just now” could mean in 10 minutes, 5 hours or possibly never. Example:  “I haven’t had the time to do my taxes; I’ll get to it just now.”

Ag [agh] – The phrase “Ag Man” or ‘Ag” is an outcry of annoyance, frustration or resignation used by South African locals. Usually, this indicates a bad mood. Example: “Ag Man! How could I forget my purse in the taxi?”

Yebo [yeh-boh] – Yebo is a Zulu word that is usually exclaimed in joy or enthusiasm as a double positive by saying “Yebo, Yes!” this world also shows approval or agreement. Example: A -“Are you ready for our road trip? B – ‘Yebo Yes! I was born ready!”

Howzit – This is a friendly and informal local greeting, much like “hi’” but with a South African touch. Howzit is derived from the simple sentence “how is it?” or “how’s it going?” Example: “Howzit dude! It is great to see you again my friend.”

Mahala – When a South African utters these words your way, be happy! Mahala means “it’s free!” and should be enjoyed. Example: “You are so lucky that you got that coffee for Mahala!”

Bru / Bra – Meaning friend, pal or buddy. Bru or Bra are both terms that are used to refer to friends – most commonly used among guys. Other words for friend are chommie, china or cuz. Example: “Hey Bru, how was your flight last night?”

Eish [ay-sh] – This is a Khoi term that expresses a person’s shock or surprise. It can also be pronounced “eeeiissshh”, often also involving the shake of a head and rolling of eyes. Example: “Eish, I woke up late and missed the bus!”

Babbelas – A word that originated from the Zulu word “ibhabhalazi”. Babbelas means hangover and refers to a person suffering from a bad hangover. Example: “I’m still Babbelas from last night’s clubbing.”

Chow – This is commonly used verb throughout the country and means ‘to eat’ , also used when referring to food. With so many amazing cuisines to enjoy in Cape Town, the word ‘chow’ is good to know! Example: “Where are we going to chow tonight? “ 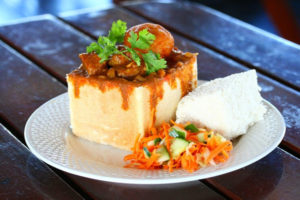 Bunny Chow – This is typical and delicious South African dish has been around for ages and can be purchased at many traditional delis or even Indian food stalls and restaurants throughout Cape Town. A Bunny Chow is a hollowed out half-loaf of bread (usually white bread) stuffed with curry and good flavour. 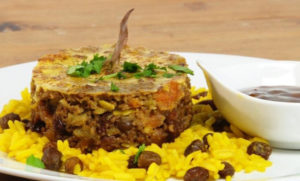 Bobotie [bab-oo-tee] – A favourite among Afrikaans and Cape Malay families and friends, a South African bobotie consists of (somewhat sweet) spiced mince meat baked with an egg-based topping and also consists of raisins, yellow rice and chutney. Many restaurants and food stalls in Cape Town serve this dish on their menus. 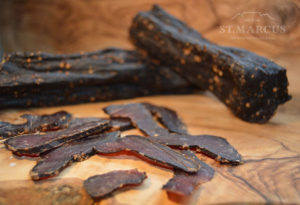 Biltong –Biltong is a form of dried and cured meat originating from South Africa. Usually, beef biltong is the most popular choice among locals, but game meats are also used. Although biltong is similar to beef jerky, it is not sweet and the tastes and processes differ. Biltong shops are commonly found throughout Cape Town. (“Droewors” is a biltong sausage) 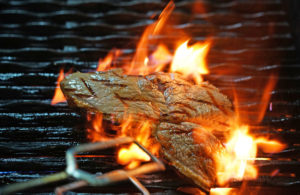 Braai [bry] A Braai is a local social custom where friends and family gather to enjoy a visit over their favourite foods. A braai is similar to a “barbeque”, where locals grill meat over an open fire. Many South African’s have a built-in-braai on their properties and unlike other countries barbecuing; Braai’s are an all-year-round occurance in South Africa. 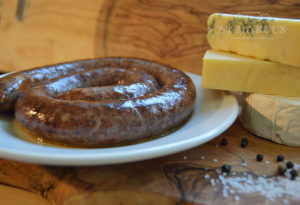 Boerewors – Popular throughout the country and usually prepared over a braai, Boerewors is a type of sausage that is usually thick and juicy, containing beef, pork and sometimes lamb. The name derives from the Afrikaans words “boere” (meaning farmer) and “wors” (meaning sausage). Boerewors is mostly enjoyed in a roll with tomato, chilli and onion relish. 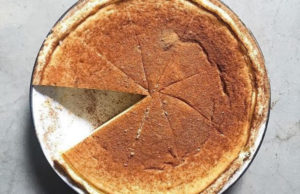 Melktert [mulk tart] – A classic South African dessert that is simply but tasty, “melktert” is Afrikaans for “milk tart”, served at most restaurants and found at many grocery stores, too. “Melktert” has creamy filling made from flour, milk, sugar and eggs, complimented by a sweet pastry crust and usually topped with cinnamon. 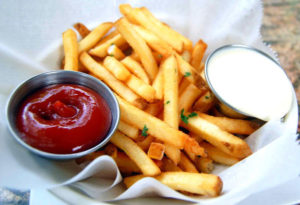 Slap Chips [slup chips] – The word “slap” is Afrikaans for “soft”, and “Slap Chips” are usually soft inside with a crunchy exterior. Salt and vinegar flavouring are added after the chips are fried, resulting in a yummy taste. Slap Chips can be enjoyed as a meal on their own, but are often served with fish at local “Fish & Chip” take-away shops or restaurants. 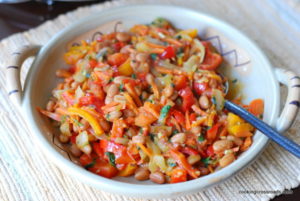 Chakalaka – Originating in South Africa’s townships and now considered a staple throughout the country, Chakalaka is a spicy dish/sauce of onions, tomatoes, curry powder and extras like beans and carrots.  Usually, Chakalaka is a sauce that goes over “pap” (traditional maize porridge), or is served with bread, stews, samp or curries. 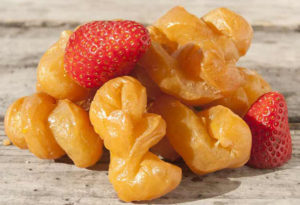 Koeksisters – A delightful and traditionally South African confectionary or dessert that is made of fried dough infused with syrup or honey till golden and sticky. Usually, koeksisters can be bought at bakeries and sometimes they can be found on menu’s at traditional restaurants.

Now that you are equipped with some “local lingo”, you can make use of some of these phrases during your holiday in Cape Town, and be sure to try some of the food too! Have a look at our Blouberg Holiday Rentals blog post’s for more information and ideas for your holiday.

This entry was posted in General Info, Travel Info, Cape Town on August 16, 2017 by Kylin.

← The Exciting Table Bay Mall is Opening Near Us Soon! Enjoy Sunset Beach for a Stylish Seaside Holiday! →